Zimbabwean Man Dressed Like A Woman To Write Exams For Wife

A 26 year old Zimbabwean man was caught while writing exams for his wife, Mrs. Mbango, during the final grade 12 exams. Mkonzi Mbango was dragged out of the exam room after people spread news that he was pretending to be a woman
Post a comment
Read more
June 09, 2017

Francis Agoda aka I Go Dye’s son, Roy, turned 7 today. The ace comedian and businessman shared photos of him and wrote; “Offsprings are replication of God’s image;a gift that nurtures our continued existance and on the seventh year, its perfect. As you celebrate your 7th birthday, there is a manifestation of God’s glory upon your life. may your life continually express Gods’ greatness, goodhealth and favour. The most wonderful possession is bestowed in you; a divine gift to my #world # happybirthday to my # Prince as you add one more # year . ” After series of top flight entertainment presenting mock news on Bendel broadcasting TV, with his friend I Go Save, that platform was used to translate issues affecting the society. Later, Agoda received a contract to perform in the first comedy club in Nigeria, the Prest Motel in Benin City, where he was paid one thousand Naira per show. He gained popularity on media stations. On one occasion, when he performed at the Univers
Post a comment
Read more

Davido Reaches Out To Dammy Krane After His Release From Prison

This is coming after Dammy Krane was released from jail, following his arrest for credit card fraud in Miami, United States. The singer denied partaking in fraudulent activities despite his arrest for booking a private jet with stolen credit card details and also apologised to Nigerians. The star who is on bail in the US had a video chat with Davido who said he is going to blow more ,thanks to this controversy. Recall that Davido also supported Dammy Krane during his arrest. Here are the photos:
Post a comment
Read more

12-year-old homeless Nigerian child has given birth to a baby at a refuse site and was picked up by the Child’s Right And Rehabilitation Network. The Child’s Right and Rehabilitation Network (CRARN) shared a photo of the child mother and her newborn baby who she named Miracle on Facebook and wrote: “A 12-Year-Old #StreetChild, Gives Birth to Another Street Child in a Refuse Site in Nigeria. Yesterday we had a naming ceremony and the child was named MIRACLE. His mother is a 12-year-old girl and a homeless child whose only shelter is a dumpster at a dump site meant for collecting recycles, such as cans, aluminum, coppers and used plastic bottles. As at yesterday morning, she was locked out of the place together with her baby. Contact us if you want to support this child or call the volunteer Benjamin Omin Itu at +234 808 230 9390.
Post a comment
Read more

Adams Oshiomhole Celebrates Blind ‘Daughter’ In The Most Beautiful Way

Dammy Krane who was following a number of people on Instagram before his arrest in the US, has unfollowed everyone of them. This Is What Dammy Krane Has To Say About His Arrest After Release from Bail
Post a comment
Read more 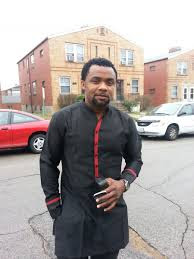 The actor whose twin sons were welcomes in February growing just fine. He shared a lovely photo with the boys and wrote “Is too late to fail! Everything is filled. Pocket is overflowed and my two hands are filled with God’s blessings. Now what else”.
1 comment
Read more

Entertainment Eldee’s wife celebrates him on his birthday: ‘I love you with every part of my being’ 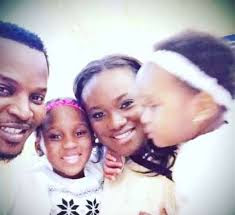 Rapper Eldee clocked 40 today, his wife took to social media and celebrated him with a lovely message highlighting the things she loves about him .  Read the sweet message below
Post a comment
Read more 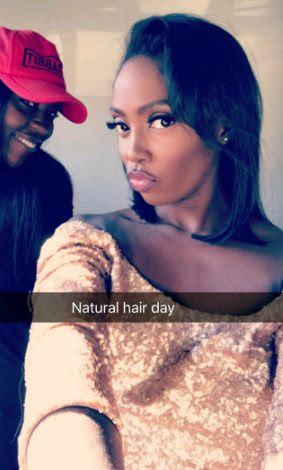 Music superstar Tiwa Savage is not one of those celebrities that show off their natural hair every other day.
Post a comment
Read more 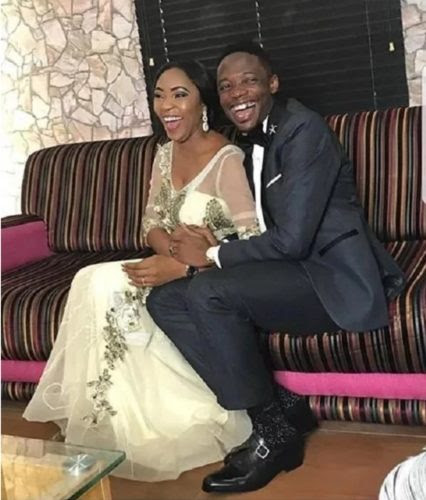 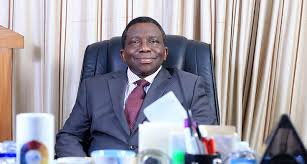 ​ Prof. Isaac Folorunso Adewole, Minister of Health has finally spoken about Pres. Buhari’s health. In an interview with THISDAY he assured Nigerians that there is no cause for concern over President Muhammadu Buhari’s health.
Post a comment
Read more

“Corpse Refuses To Be Buried, Takes Villagers To House Of Its Killer” (Photos) 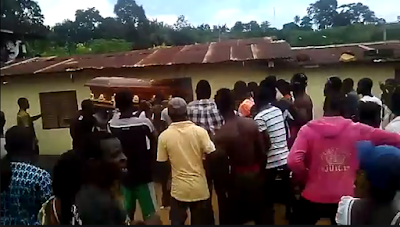